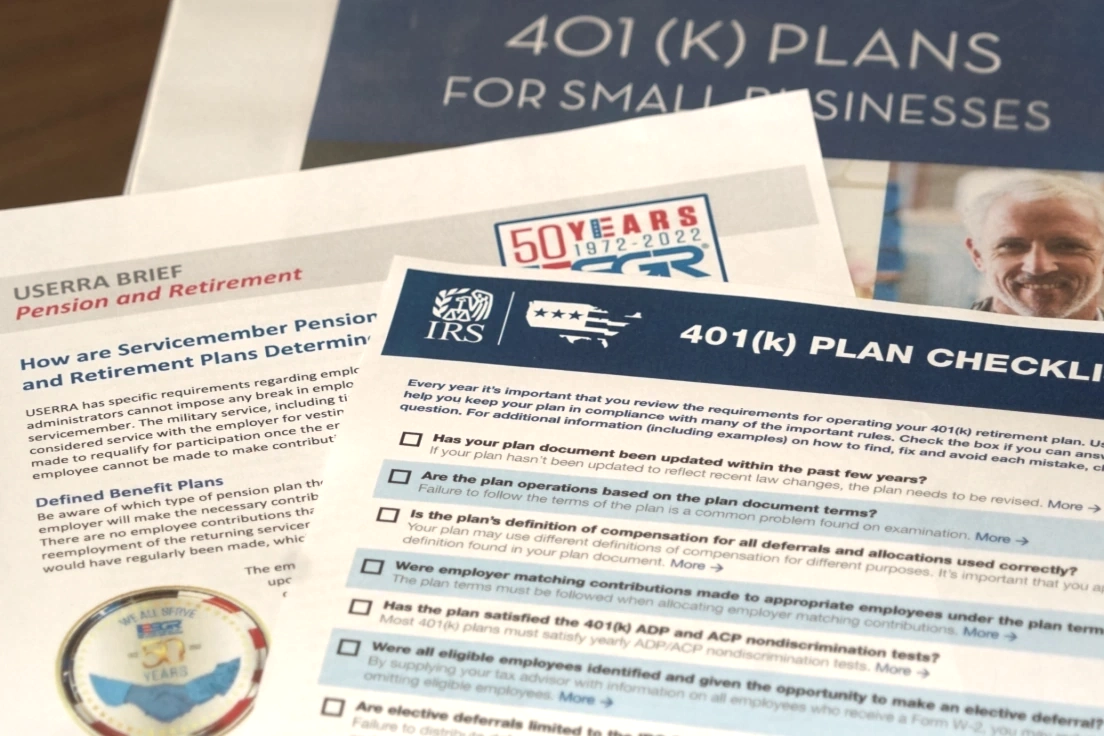 How are servicemember pension and retirement plans determined?

USERRA has specific requirements regarding employer-provided pension and retirement plans. Plan administrators cannot impose any break in employment nor forfeiture of benefits already accrued by the servicemember. The military service, including time-off taken prior to and after that service, must be considered service with the employer for vesting and benefit accrual purposes. The employee cannot be made to requalify for participation once he returns. Furthermore, during his military service, the employee cannot be made to make contributions.

The employee and employer should carefully calculate the contributions based upon what the servicemember was reasonably certain to have earned during the period and take into account any retroactive promotions that may have been missed during an extended deployment.

Employers who miscalculate those contributions should be aware that there is no statute of limitations under USERRA, and claims may arise years, or even decades, later when the employee retires and closely examines the retirement benefits under the plan. Indeed, the DOL-VETS continues to investigate claims under USERRA’s predecessor, the Veterans Reemployment Rights Act (VRRA), for inaccurate employer contributions to pension plans that occurred prior to 1994.

Finally, the regulations make clear that any profit-sharing or stock bonus program “that provides retirement income or results in the deferral of income for a period of time extending to or beyond the termination of the employment” is a covered retirement plan.

Use it or Lose it

Contributions are typically determined by what the servicemember was reasonably certain to have earned during the period of uniformed service. Military compensation cannot be used to determine contributions. Furthermore, the compensation must be adjusted to account for any promotions the servicemember would have been entitled to while on military service from the time the employee would have received that promotion.

Whereas USERRA does not have any “statute of limitations” setting a deadline by which a claim must be made, the obligations under USERRA’s pension provisions for contributions under a defined contribution program do have a deadline. If the returning servicemember does not demand to make those contributions within three times the length of military service, up to five years, the employee will lose the right to make up those pension rights.